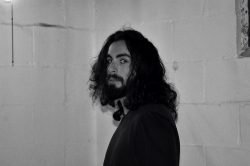 Layto(Opens in a new window) (aka Paul Catalano) was born and raised in Boston. Being the youngest of five, in the midst of family turmoil and dysfunction, music became an escape. Growing up, Layto was exposed to many different types of music through his parents and even taught himself to play the piano. Gradually, he grew a deep appreciation for melody, and with an already established passion for writing, it was a natural progression. After dropping out of college one credit shy of his degree in English, the focus shifted to his music.

In 2018, Layto independently released his debut EP, Low Boy, featuring the single “Little Poor Me,” which quickly gained traction from Sirius XM’s ALT Nation and now has over 50 million streams worldwide. With over 150 million catalog streams, Layto will be moving forward with Position Music Group as a label partner, inking a deal in June 2022. Layto has an intensity about his style and delivery, blending alt rock, pop and hip-hop elements. His music has given a voice to the millions who suffer from anxiety and depression.

“When we get into the studio to cut a record, I’m always hyperaware of not trying to create something I could picture another artist singing,” he says. “I want every track to feel like a Layto song, and with every release we continue to define what that means.”