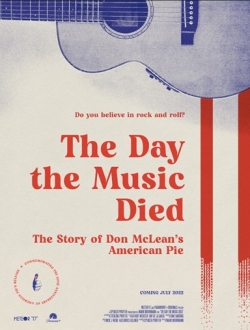 On Thursday, July 14 and Sunday, July 17, Showcase Cinemas invites you to say bye-bye to the secrets behind “American Pie” with an exclusive screening of The Day the Music Died: The Story of Don Mclean’s American Pie before the documentary’s July 19 Paramount+ release.

For the first time, Don McLean is revealing the deeper narrative beyond the catchy tune and characters mentioned in the iconic song’s cryptic verses, a musical phenomenon woven deep into American culture, entertaining and impacting audiences around the world for more than 50 years.

Showcase Cinemas’ The Day the Music Died: The Story of Don Mclean’s American Pie screenings are scheduled to play at the following Showcase Cinema locations:

Tickets for this advance screening are on sale now and can be purchased here: https://www.showcasecinemas.com/film-info/the-day-the-music-died.

Other Events in Showcase Cinemas Lowell