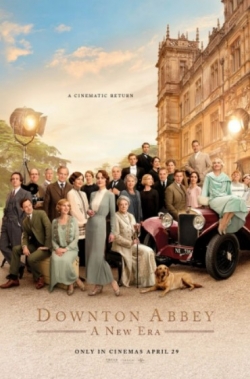 Starting May 19, Showcase Cinema de Lux Legacy Place in Dedham invites you to step back in time and across the pond to experience one of the most anticipated films of the year, Downton Abbey: A New Era, complete with access to special film props and a film-inspired cocktail menu!

At Showcase Cinema de Lux Legacy Place, you can get up close and personal with exclusive prominent props from the film’s set on display at the cinema, including:

You can feel like a British aristocrat as you sip on luxe signature cocktails inspired by the film, including:

Showcase Cinema de Lux Legacy Place is the perfect place to watch the beloved Downton Abbey cast go on a grand journey to the South of France to uncover the mystery of the Dowager Countess' newly inherited villa!

Tickets are on sale now, and can be purchased at https://www.showcasecinemas.com/film-info/downton-abbey-a-new-era.