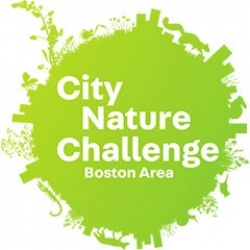 Join Zoo New England for its sixth annual Boston Area City Nature Challenge! Participants are encouraged to get immersed in nature right in their own communities, and record plants and wildlife to document the incredible biodiversity of the planet.

The City Nature Challenge (CNC) is an international cooperative science project with cities worldwide committed to exploring and recording all kinds of plants, animals, fungi and even microorganisms in their area using the free iNaturalist app. From Friday, April 30 to Monday, May 3, participants can upload their observations to the app, with identifications happening from Tuesday, May 4 to Sunday, May 9. Final results are announced on Monday, May 10.

The Boston Area City Nature Challenge is open to anyone who would like to participate and is an opportunity for the community to collaborate with one another, scientists, and conservation organizations through observations recorded right in their own backyards and towns—all with just a few simple taps on their smartphone. All of the species recorded in the Boston Area CNC help create a more accurate picture of the Boston area's biodiversity, focusing within the I-495 corridor and out to Stellwagen Bank. Any observation in the greater Boston area made between April 30–May 3 counts for the challenge. Whether an observer has five minutes or several hours to spare, every bit makes a difference.

In addition to general observations, participants are also encouraged to join specific Data Quests, which are an opportunity to link species observations to specific science and conservation needs. Observations made for Data Quests help researchers and managers better understand where key species exist, from city centers to rural regions.

Other Events in Online/Virtual