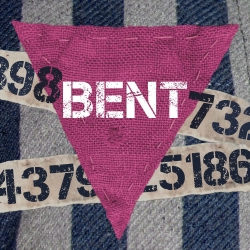 Profound and provocative, Bent is the story of courage and survival in the face of extreme hate and circumstance.

Set in 1930s Berlin where homosexuality is viewed as worse than being Jewish, Max and Rudy attempt to flee before being caught by Nazi soldiers.

Strikingly relevant, global, and moving, Bent keeps audiences thinking and talking about the experience of it long after the lights come down.

Dan Prior* as Wolf

Other Events in Umbrella Arts Center, The