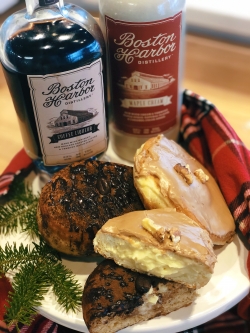 In addition to the pop-up, Boston Harbor Distillery is running its regularly scheduled tours. The Standard Distillery Tour is $15 per person and offered at 2 and 4 p.m. on a first-come, first-serve basis. This tour features history of the location, education on spirit making, with an emphasis on whiskey with tasting along the way and a complimentary souvenir shot glass. The VIP Distillery Tour is $40 per person and is available via online reservation only. This is an hour-long deep dive with a particular focus on whiskey featuring Putnam Whiskey expressions, Spirit of Boston varieties and other brands available at the distillery only. Get up close to the still and sample straight out of the barrel.

Other Events in Boston Harbor Distillery