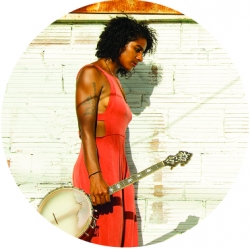 Deeply influenced by traditional Creole, Cajun and Haitian music as well as American jazz and folk, Leyla McCalla's  music vibrates with three centuries of history, yet feels strikingly fresh. She rose to fame as cellist of the Carolina Chocolate Drops before leaving in 2013 to pursue her solo career. Joined by a full band, McCalla sings in French, Haitian Creole and English and plays cello, tenor banjo and guitar. She is touring with a full band in support of her new recording, The Capitalist Blues.

Other Events in City Winery